Is an Eating Disorder causing issues for you or a loved one?

All eating disorders are actually diseases of the mind. Psychological conditions that not only mess with how a person thinks and feels, but it also messes with his body and health.

These disorders cause the person affected by them to either eat too much or not to eat enough. Spain’s eating disorder rehab clinics are quite well known for their treatment of eating disorders. What’s more is that not only are the clinics good at treating these disorders, they also offer programs in English for English-speaking people.

A person that is dealing with an eating disorder will behave in different ways depending on the type of the disorder.


Anorexia has the highest mortality rate of any psychological disorder: between 5% and 20% eventually die from it.

Eating disorders are not just about food. Yes, the main problem and symptom of an eating disorder is related to food intake.
The person affected becomes obsessed either with the food they eat or their weight and appearance.
The real problem of an eating disorder is something more subtle. Usually a person that has a problem with food, weight and appearance is a person that has low self-esteem, depression, unhealthy family relationships, and unhealthy social or romantic relationships.
An eating disorder is actually a symptom of one or more of these emotional issues; a sign that the person is feeling a lot of inner stress over one or more problems.


Anorexia has the highest mortality rate of any psychological disorder: between 5% and 20% eventually die from it.

An alcoholic drinks in order to cope with his emotions, negative beliefs and difficult life in the same way, a person with an eating disorder uses binging, purging, refusing to eat, avoiding eating or other behaviors typical to eating disorders to deal with uneasy feelings.

That’s why psychological therapy is such a big part in the recovery of an eating disorder.

Not only are emotional issues the main cause of such disorders, they are also followed by the behaviors typical of each disorder.

A person dealing with anorexia will definitely feel a lot of shame and guilt over her behavior.
Starvation isn’t a pleasant feeling to them. It’s not like they’re doing it for fun.
Eating disorders are harmful to the body and to the mind, but the people who are suffering with them can’t stop themselves so they use them as coping mechanism for bigger pains, which means they use them to avoid feeling pain.

The most important thing to remember is to not judge or criticize the person that is dealing with one of these disorders. They need understanding and support in order to get better. They want to get better, and they are always doing their best to do so not matter how awful their behavior seems to the others.

This is why the rehabilitation done in Spain is so focused on the psychology of the patient. Therapy will help the patient learn to observe his emotions, understand them and manage them. It will also make him become aware of all his beliefs that are causing him pain, and slowly rethink them. Take for example, the belief that an overweight person is unattractive, will never have a partner or will never be loved or admired. This belief, though common in our times, is very dangerous for the person who has it. It is also very easy, in this case, to develop such a big fear of gaining weight that you develop anorexia.

Recovery will also need the involvement of the family. Besides individual or group therapy, rehab clinics or psychiatrists in Spain will also ask the family to get involved in therapy with the patient. Family therapy is needed because the whole family is part of the recovery process. The person affected by the eating disorder is responsible for getting better, but the family is responsible for the support they offer. They won’t be able to cure their loved one, but the support they can offer is like a crutch.

There are several diseases that fit into the category of eating disorders. Ranging from the most common and most heard about ones such as anorexia, bulimia and binge eating to the most unheard of ones such as pica and rumination disorder. Have the confidence that rehab clinics and psychiatrists in Spain have a lot of experience in dealing with these disorders. Nothing is unheard of to us, uncommon and rare is our specialty. Now let’s see what each disorder is all about.

Anorexia or more clinically called, Anorexia Nervosa’s main symptom is self-starvation. The person that is affected by it will starve herself or himself. This disease, though more common for women, is also a problem for men. They starve themselves out of the fear of gaining weight. Unfortunately, they are never thin enough and even though they lose a lot of weight they still see themselves as overweight and in need of losing more. This has a lot to do with how anorexics see themselves, their self-image. They fear being overweight because they fear looking bad to others, being rejected or feeling bad about themselves. This causes them to starve themselves, which in turn only makes things worse because they still aren’t proud of themselves. What’s more they also feel guilty for harming their bodies.

Bulimia or more clinically called, Bulimia Nervosa is another eating disorder. Its main symptom is binging and then purging. Bulimics aren’t very thin or skin and bones as anorexics are, this is because their behavior is different from that of the anorexics. Bulimia causes an eating compulsion in the person it affects, which means she or he will end up eating a lot of food at one meal, more than it is needed for somebody. Although they do not want to eat so much, they can’t stop themselves. After they are done, bulimics feel a lot of guilt over what they have done and the same fear of gaining weight so they either go and purge (throw up), use laxatives or use diuretics. But why aren’t bulimics just as thin as anorexics? Because no matter how much you purge, how many laxatives or diuretics you take around 50% of the calories that end up in your body, stay there.

Compulsive or Binge eating disorder involves episodes of binge eating, which means eating a lot of food for one meal and then feeling a lot of guilt or depression. The food binges happen just as in the case of Bulimia, only that compulsive eats to not choose to throw up the food in order to cope with the feelings of guilt. Binge eaters don’t stop eating if they are full or not hungry; their episodes of binge eating are caused by emotional issues. After each episode the person feels very ashamed of what they did, they usually feel so ashamed that they don’t even talk about it and most times they do it in secret. Family members often don’t even realize there is a problem.

Pica is a more uncommon, and unheard of, eating disorder out there. People that suffer from Pica will eat nonfood substances like chalk, sand or anything else that can be swallowed and it’s not food. In order to be diagnosed they have to be doing this for more than a month. The same feelings of guilt and shame are present in the case of this disorder too, both before it becomes a disorder and after.

Rumination disorder is a second more unusual eating disorder. This isn’t a disease that has to do with body image or fear of gaining weight. The people that are suffering from this disease regurgitate their food then rechew it, reswallow it or spit it out. They do not eat too much or too little though. They eat a healthy amount of food. Their behavior is also out of their control, they do it to cope with difficult emotions, just as in the case of all other eating disorders. It is very damaging to their esophagus, mouth and teeth because regurgitated food is very acid and harmful.

All of these disorders are very dangerous for the people that are suffering from them. Anorexia is actually the most severe one because the self-starvation it causes can lead to death, through heart failure or just simply from starving. All other disorders are just as dangerous too. Since people with eating disorders are also dealing with low self-esteem, poor body image and depression there is the risk of suicide. But even if it does not lead to this, the damage these disorders cause to a person’s body is terrible.

That’s why recovery is so important and it should be done under the careful watch of doctors, nurses, dieticians and psychologists or psychiatrists. People that are suffering with these disorders need to be monitored, taken care of and guided by the best of the best. Not many are willing to take such challenges because of the risks involved. Failure can mean death in these very special cases. However, many rehab clinics and psychiatrists in Spain have enough confidence and expertise to take on such cases, and success to them means full recovery. We are here to help you, or your loved one, overcome any eating disorder, so don’t hesitate to get in touch. Remember, uncommon and rare is our specialty.

Contact us for English speaking eating disorder treatment in Spain

If you see a green border round the padlock your connection is encrypted, private and secure.

Local Rehabs is English Speaking, Private, Secure, Highly Ethical and Most Trusted. You can be sure of complete discretion. 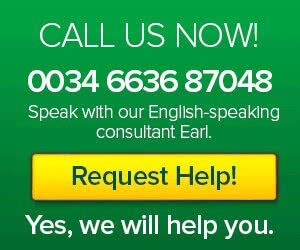 Contact us anytime to find out how we may be able to help.

We are always just a quick phone call away and in many cases a short flight away from you.