posted by: Earl in the Drug Rehab Blog 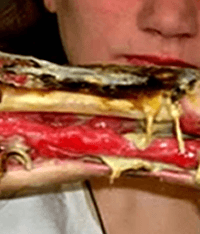 Desomorphine is commonly known as Krokodil and is possibly one of the worst strains of drugs that one could ever be addicted to.

The base drug of Desomorphine had been around since 1932 and is a derivative or morphine which is one of the most well known opioids.

The clinical name for Desomorhine is Dihydrodesoxymorphine.
Permonid is the name they used for Desomorphine in Switzerland.

Dosomorphine is made from morphine and is a very rapid sedative that has anagesic propertys.
This chemical is almost 10 times stronger than morphine.

Desomophine gained fame after a rapid increase in the amount of users throughout Russia making what has now been known as Krokodil from easily available codeine.

Some of the first reported use came through from Russia as early as 2003 after an agressive anti heroin campaign by the Russian government.

Articles from the Drug Rehab Blog